The Chair of Space Technology of Technische Universität Berlin has a wide network of partners in the European space industry, which provides the Masters students with an opportunity to gain internship experience and establish valuable contacts during their studies. 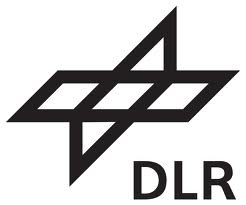 DLR is the national aeronautics and space research centre of the Federal Republic of Germany. Its extensive research and development work in aeronautics, space, energy, transport and security is integrated into national and international cooperative ventures. DLR has approximately 8000 employees at 16 locations in Germany.

OHB System AG is one of the leading systems providers in the European aerospace sector. Its core business comprises developing low-orbiting and geostationary small satellites for navigation, communications, scientific research and earth observation. The company is developing and executing such key projects as the Galileo navigation satellites, the SARah reconnaissance system, the MTG meteorological satellites, the EnMAP environment satellite, the TET-1 technology testing vehicle and the HispaSat, ELECTRA and EDRS-C telecommunications satellites. Its manned space flight activities include the participation in the assembly and outfitting of the International Space Station ISS, the Columbus research laboratory and the ATV automatic transfer vehicle. The exploration segment works on studies and models for studying our solar system, primarily the moon and Mars.

Azimut Space GmbH provides its customers with thermal engineering and hardware as well as bespoke payloads and systems , with the enthusiasm, flexibility and efficiency of an SME, relying on its 12+ years heritage in thermal systems and complex payloads, such as the thermal system of DLR’s MASCOT Asteroid Lander or the HP³ Mars instrument, onboard the NASA-JPL INSIGHT mission.

VECTRONIC Aerospace GmbH combines the knowledge of over a decade of research and development in space technology and wildlife monitoring. It has now become one of the world wide leading companies in the area of wildlife monitoring and offers a wide range of superior-quality products for small satellite applications.

Astro- und Feinwerktechnik Adlershof GmbH’s core competencies are the development, manufacture and testing of components and systems for the aerospace industry. The company has considerable expertise in the production of bus components for small and microsatellites, e.g. AOCS (such as reaction wheels, gyro systems, GPS receivers, AOCS test facilities and simulation software), power systems, mechanisms, structures and complete satellite systems. It also has comprehensive experience in the fields of optical and mechanical ground support equipment (OGSE and MGSE), as well as apparatus engineering for space applications, special scientific payloads and, in particular, optical and opto-electronic equipment.

ASTRIONICS GmbH has developed a proprietary evaluation method based on commercial “on ground” manufacturing processes to provide components and electronic parts optimized to the growing space industry, considering in particular the needs of the so called NewSpace. ASTRIONICS’s tested and upgraded commercial (COTS) parts are called SpaceCOTSTM and available in a catalogue.

Founded in 2010 in Berlin with the aim of developing lunar infrastructure and offering transport services, PTScientists works with the European Space Agency ESA and other institutions on studies for future missions. The company develops and demonstrates technology to lower the costs for space exploration – to the Moon and beyond -, to make it commercially viable and inspire a new generation of explorers and engineers. On their first privately funded lunar mission, PTScientists will take two lunar rovers, a multitude of scientific instruments and experiments to the Moon to conduct technology demonstrations on the lunar surface as well as send the rovers to explore the Apollo 17 landing site.